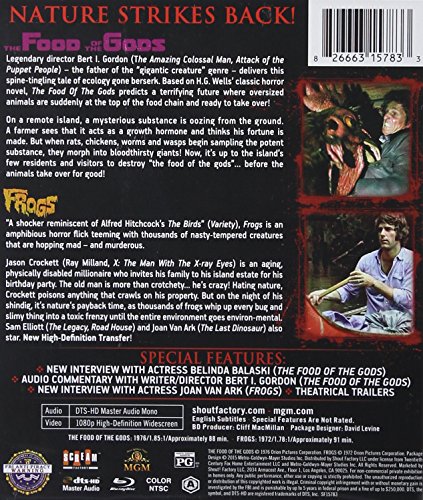 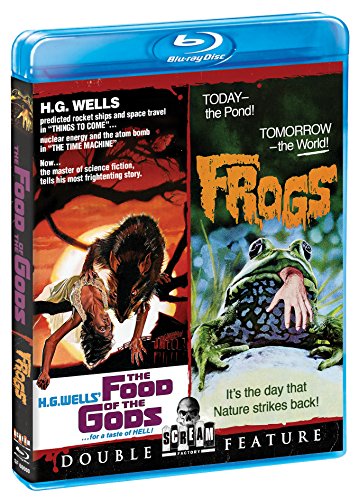 THE FOOD OF THE GODS

Legendary director Bert I. Gordon (The Amazing Colossal Man, Attack of the Puppet People) the father of the "gigantic creature", genre delivers this spine-tingling tale of ecology gone berserk. Based on H.G. Wells’ classic horror novel, The Food Of The Gods predicts a terrifying future where oversized animals are suddenly at the top of the food chain and ready to take over!

On a remote island, a mysterious substance is oozing from the ground. A farmer sees that it acts as a growth hormone and thinks his fortune is made. But when rats, chickens, worms and wasps begin sampling the potent substance, they morph into bloodthirsty giants! Now, it’s up to the island’s few residents and visitors to destroy "the food of the gods",… before the animals take over for good!

"A shocker reminiscent of Alfred Hitchcock’s The Birds", (Variety), Frogs is an amphibious horror flick teeming with thousands of nasty-tempered creatures that are hopping mad: and murderous.