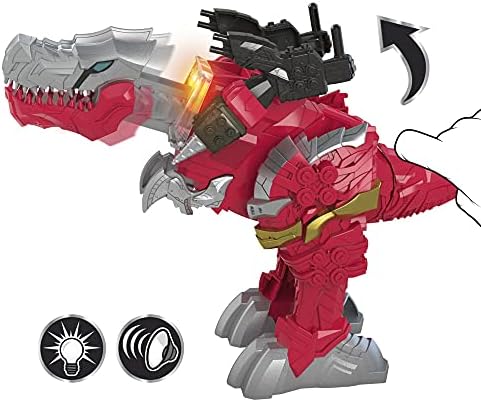 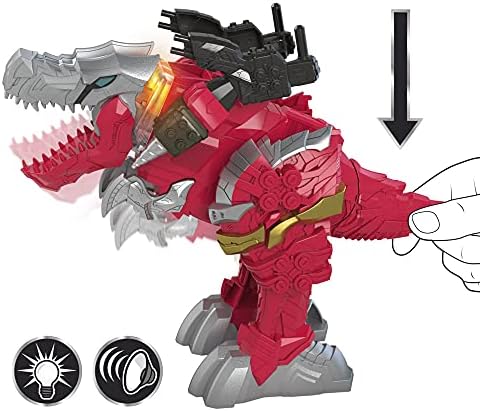 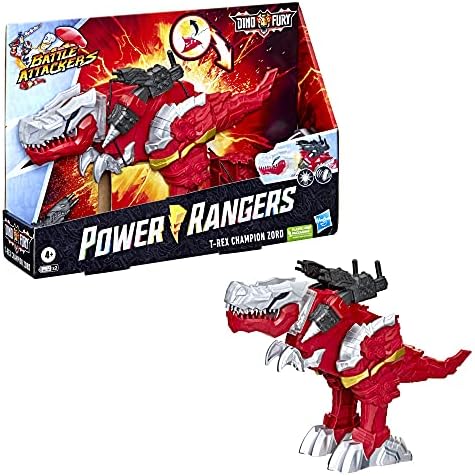 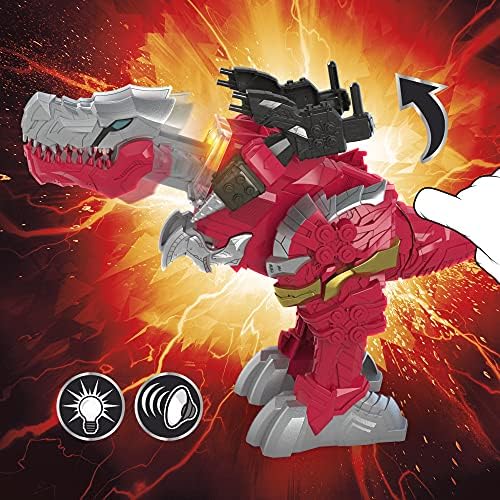 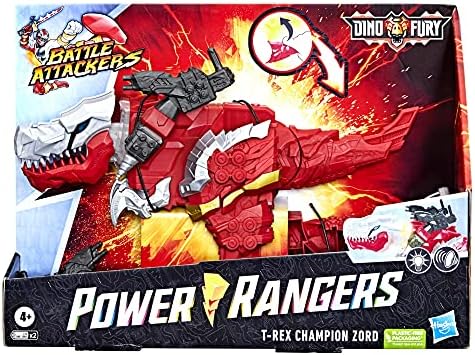 Power Rangers Battle Attackers action figures have cool action attacks inspired by the Dino Fury TV show. With the Battle Attackers T-Rex Champion Zord, kids can imagine the mighty Zord of the Red Ranger roaring into dino-powered action against the Sporix Beasts! IT’S MORPHIN TIME! From Dino Fury back to the original Mighty Morphin Power Rangers, the Power Rangers have brought teamwork, action, and adventure to generations of fans. The legacy continues with figures, vehicles, collectibles, and roleplay toys from Hasbro, celebrating Ranger teams from over 25 years. Imagine all the action of Power Rangers with toys from Hasbro! (Power Rangers products each sold separately. Subject to availability.) Power Rangers and all related characters are trademarks of Hasbro. © 2021 SCG Power Rangers LLC and Hasbro. Hasbro and all related terms are trademarks of Hasbro.
ELECTRONIC DINO FURY T-REX CHAMPION ZORD: A roaring, chomping T-Rex Zord with lights and sounds inspired by the Power Rangers TV show
CHOMP ATTACK AND DINO ROAR ACTION: When kids pull up or press down on the T-Rex tail they can activate the Chomp Attack or Dino Roar
COMPATIBLE WITH BATTLE ATTACKERS FIGURE: Kids can imagine Rangers riding the T-Rex Zord into battle by placing Battle Attackers Power Rangers figures (Each sold separately. Subject to availability) on the Zord figure
INSPIRED BY POWER RANGERS DINO FURY TV SHOW: The Red Ranger calls the mighty T-Rex Champion Zord into the fight against giant-sized Sporix beasts!
LOOK FOR OTHER POWER RANGERS TOYS AND FIGURES: Including Dino Fury figures and roleplay toys, and more! Each sold separately. Subject to availability